YOUR BROWSER IS OUT OF DATE!

The Festival of Kites on Bali

2015 will mark the 36th staging of the festival, which takes place at Padang Galak, Sanur Beach – approximately 25 kilometres from Villa Kouru...

As with many eastern cultures, the practice has its roots in religious belief, as kite-flying in Bali began partly as a means of thanking the heavens each year for the annual harvest. It has evolved over time however into a popular pastime and competitive sport, and the biggest kite-flying event of the year – The Bali Kites Festival – is almost upon us again. 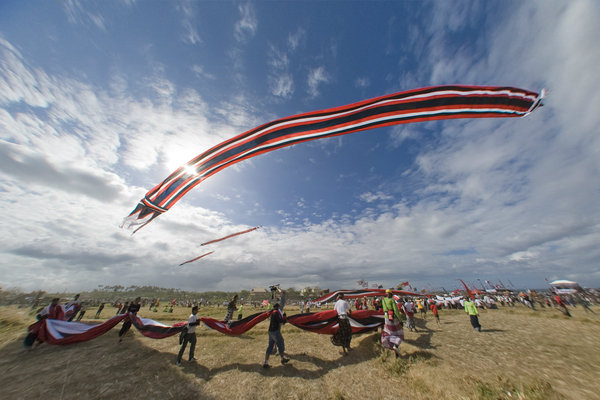 2015 will mark the 36th staging of the festival, which takes place at Padang Galak, Sanur Beach – approximately 25 kilometres from Villa Kouru – from July 18 to 20.

It will attract hundreds of kite-flying troupes from throughout the island, as well as a number of international competitors and thousands of spectators who will be awed by the colour and magnificence of the occasion.

Balinese kites are wondrous creations, typically up to four metres wide and ten metres long. They feature traditional shapes and designs such as the Bebean (fish), Janggan (birds) and Pecukan (leaves), with the Bebeans being largest in overall size but the Janggans having tails that can stretch for 100 metres or even more. Some even hum as they fly, thanks to vibrating bows called ‘guwang’, that produce a noise that can be heard from huge distances. Overall, it’s a sight (and sound too) that won’t be forgotten!

The competitive element of the festival will see prizes awarded to the teams who perform the best moves and fly their kites the longest, but there is a cultural and religious element to the proceedings too. The kites are still seen as a means of delivering prayers to the heavens, and messages to departed ancestors. 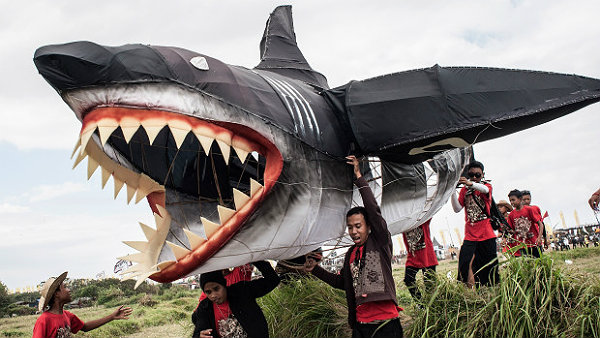 It’s for this reason that you don’t even have to attend The Bali Kites Festival to witness the spectacle of kite-flying, as they are a common sight throughout the island all through the windy season. Just take a stroll some evening – and don’t forget your camera!

Bali holiday of your dreams awaits! Minimum fuss and maximum satisfaction guaranteed! All you’re expected to do is relax and enjoy yourself!

BALI HOLIDAY OF YOUR DREAMS AWAITS!

TAKE A TOUR AROUND VILLA KOURU

×
Our website uses cookies to improve your browsing experience. We'll assume you're OK with this, if you stay.ok, hide this message